Today we shot the tragic conclusion of an extremely short-lasting romance between Olive and Curtis (which wasn’t much of a romance anyway as you will see for yourself soon). And so, having drugged him, Olive takes the barely conscious lad to his room. This is where she plans to give him a nice shot that would make him sleep throughout her mission. Things never go that smoothly, though. Stupid as he is, Curtis shows some impressive resilience to drugs. 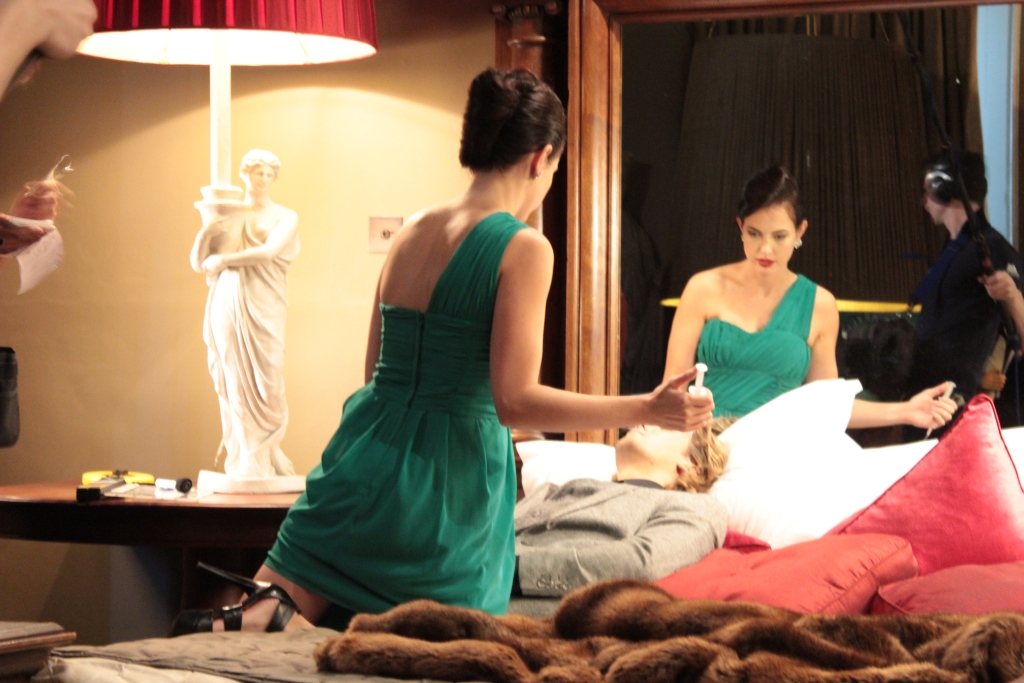 Olive preparing a shot for Curtis

Later that day we shot footage of Olive and David running away from Campbell Manor after the theft. The scene consisted of a portion of genuine affection, a portion of melodrama and some low comedy. 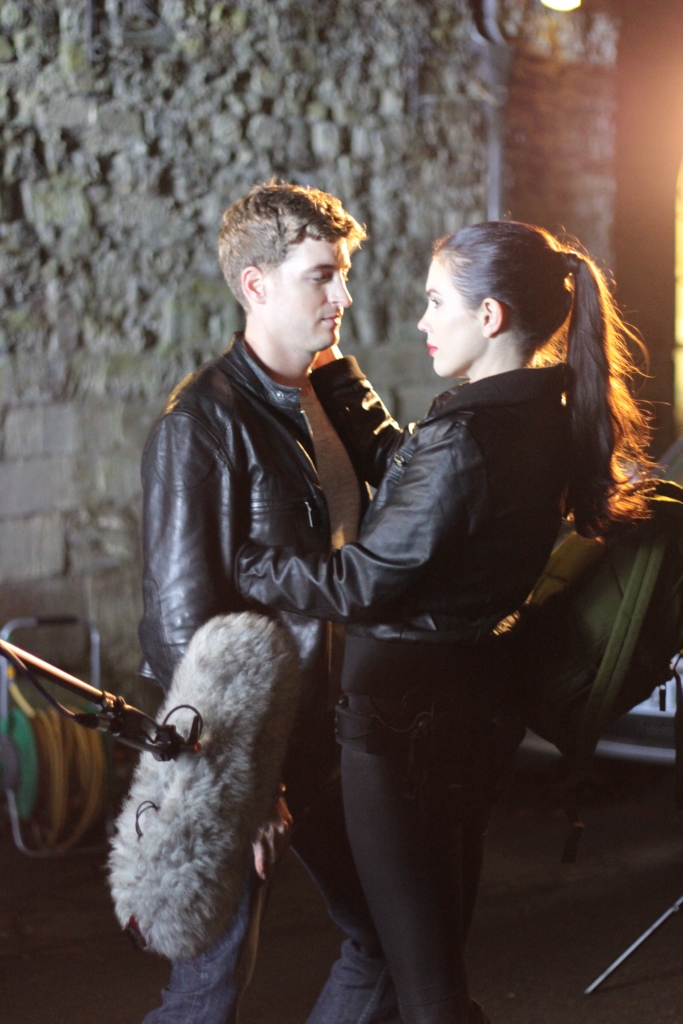 And that was it for Day 9 of filming. Tomorrow we will be doing more scenes between Olive and David. The actors’ task will be easy – to show the audience how one falls in love.