Having heard some intriguing stories about our next location – which is situated right next to the Rochester Prison – we had been very excited to finally get there. Reaching our destination was not easy – we got stuck in a terrible traffic jam on M25, and the journey took us five hours instead of just 1.5.

But, when we got to the prison grounds, we knew that the journey was well worth it. We were taken on a tour into endless tunnels that surround the actual prison; then we went up a hill next to the tunnels to appreciate a great view of the hills on the other side of the motorway that runs right next to the Prison. Some of the rooms here have been adapted to serve as a … night club; others are waiting to be refurbished and utilized. As we were hanging around, we came across a couple of goats, geese and hens – they were greatly interested in the funny people running around with a camera ;-)

We left the animal crew to look after the “grave” that was dug at the location to be used later in a certain dramatic scene. 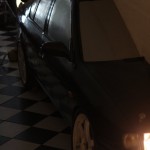 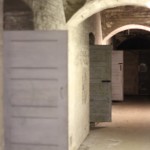 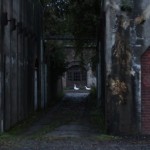 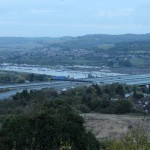 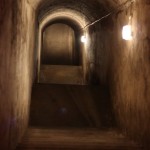 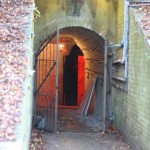 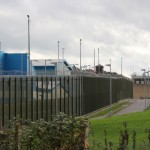 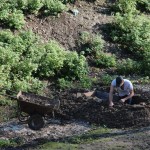 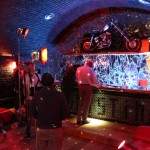