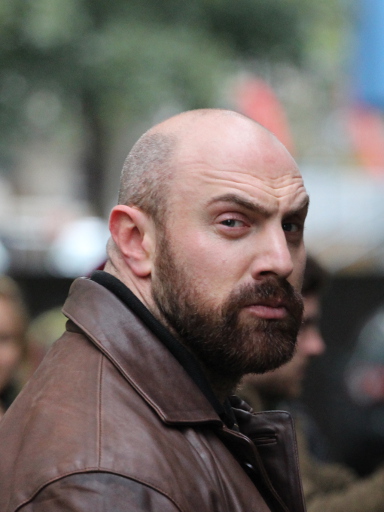 Vlad is a hitman working for a major Russian crime organisation. Since he made a terrible mess back in Russia (namely slaughtered a bunch of people for personal reasons), he has been delegated to the UK to cool down and pull himself together.

His new supervisor, Gennady Korolyov, is an old friend. It was Gennady who pulled Vlad – a poor, desperate, emaciated teenager – out of the gutter twenty years earlier and gave him a chance to prove his worth. Young Vlad would do anything to make Gennady proud of him – steal, intimidate debtors and kill just to please his mentor. Due to his enormous strength and ferocity in fight he later became Gennady’s personal bodyguard and was then enlisted as one of the Organisation’s top assassins. He is spectacular at what he does, but his job gives him little satisfaction.

Vlad is a burly, grim man that people are generally afraid of. He speaks very substandard English and is prone to rely on his strength more than his brain. As such, he has a hard time trying to adapt to living in the modern British society. 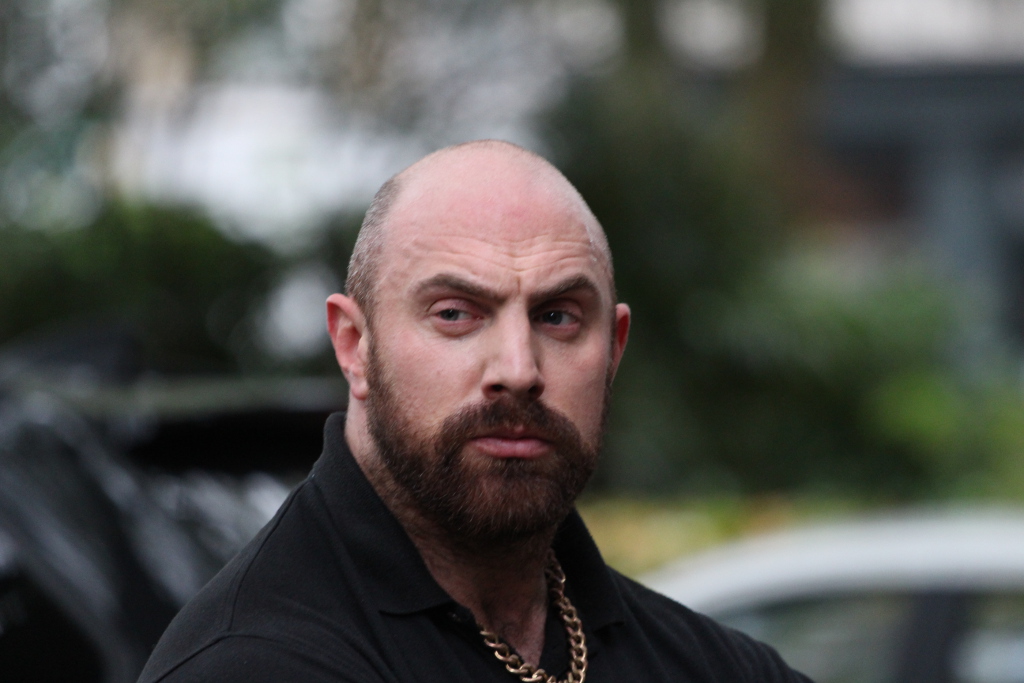 However, deep inside he is a sentimental man with surprising profundity. His life has been a series of devastating tragedies that one by one are revealed in the film. He may seem a cold-hearted killer, but that is not the life he would have chosen for himself … If destiny had given him any choice in that matter. 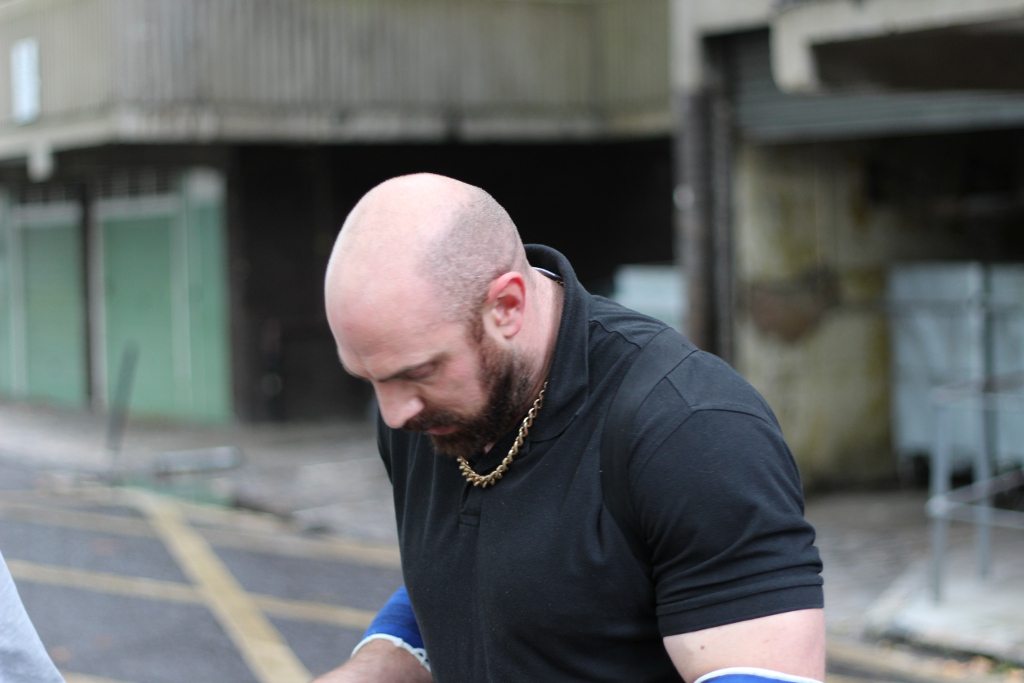 When and how do Vlad and Olive’s paths cross? At some point he is ordered to find her and, well … Make her less of a problem for everyone.

What do you like about the character you are playing?

Obviously as an actor preparing for a role, it’s crucial to gain an understanding of the character’s background and what motivates the character you’re trying to personify, therefore it’s great that there’s little guesswork needed for myself (or the viewer), in wondering who/what Vlad is – the scriptwriter has cleverly filled in the blanks.

Although Vlad’s screen time is fairly short, at various stages, the audience is treated to some revealing background insight into his past. Subsequently, this understanding allows the viewer (and Sergey) to empathise with Vlad and alter their perception of him from a mere ‘mindless lunatic’ to a tortured figure who was driven to a life of crime. 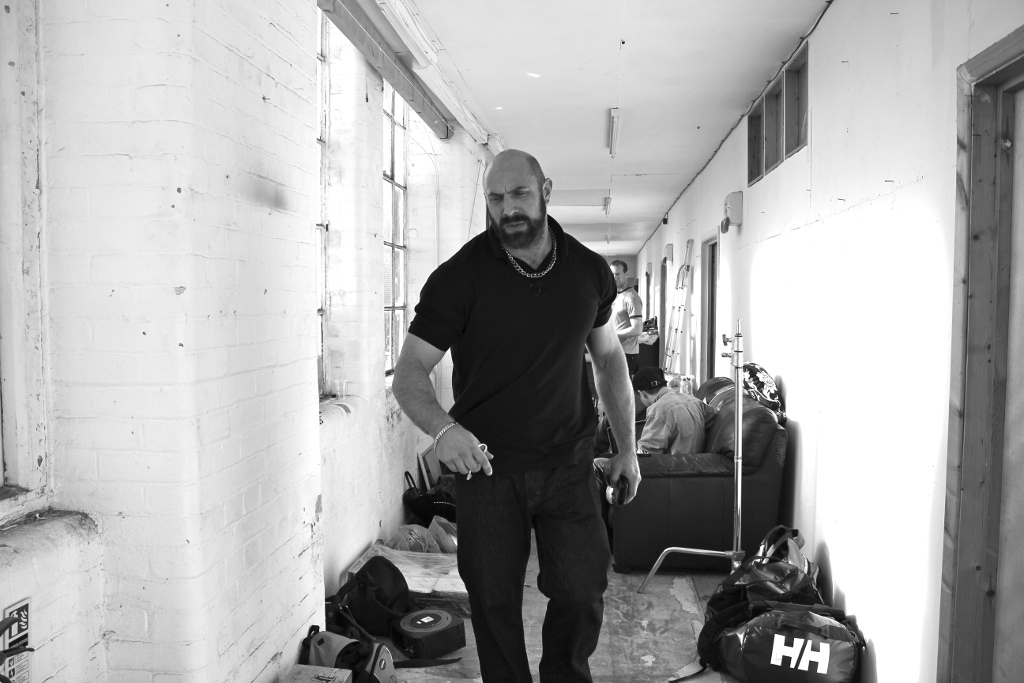 Even if Vlad is believed to be a victim of circumstance and exploitation, it’s hard to truly warm to a person well-practiced in torture and mass murder! However, I felt that in some ways his mindset was made somewhat less barbaric after learning that he was conditioned this way through extreme poverty and personal loss. In the words of ‘Gennady’ (played by Kevin Horsham) “You (Sergey) have no idea what poverty does to your mind!”…

Besides, if I’m really honest, I actually like the guy! Sure, by his own admission, Vlad is “a crazy mean b@st*rd who should be put in prison until he dies!”… But as mercenary, psychotic gangsters go, at least he doesn’t really ‘enjoy’ what he does for work?! In fact, I get the impression that deep down, in subtle ways he occasionally makes some small attempts to be ‘decent’. He’s a villain of the ‘old school’ – the type to ask you how your mum is … Before he cuts your throat!

Was it difficult for you to play your character?

Actually I’ve been a big, scary looking man for most of my adult life, so aside from adopting a Russian(ish) accent – this role wasn’t too much of a challenge! :-D 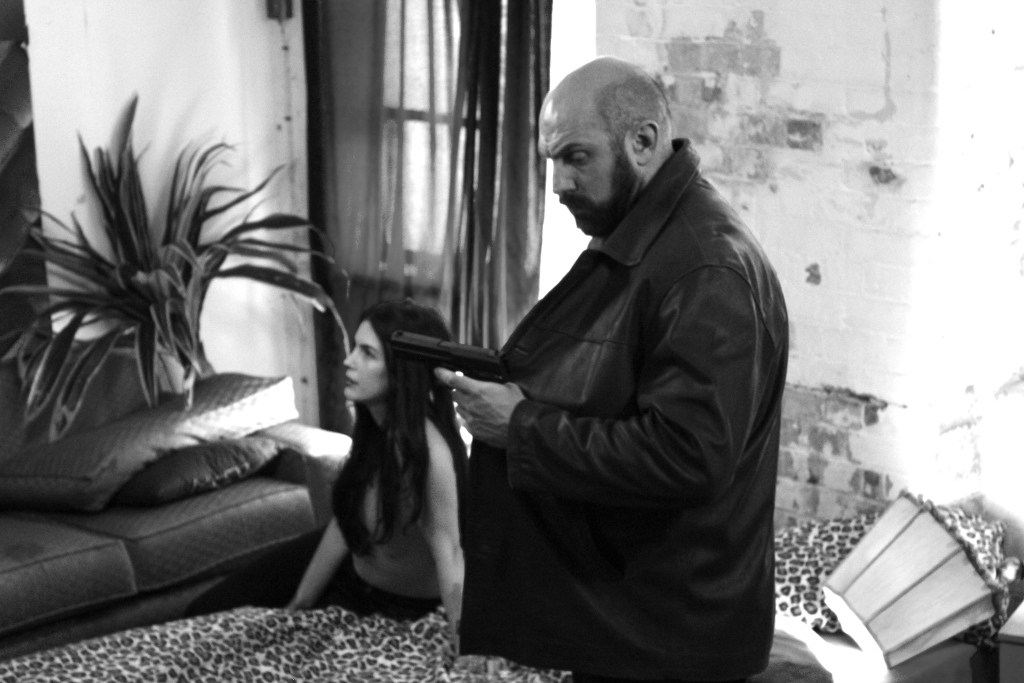 On the topic of the accent, I had the tutelage of a Russian dialect coach during rehearsals, which was invaluable. However in view of the fact that the movie was being created primarily as a language aid, it was later decided (the day before the shoot!) that the ‘Russian’ accent had to be substantially diluted in order that viewers would encounter no issues in understanding the words. In short, I had to compromise on how ‘authentically’ the accent/dialect could be delivered. (Well, that’s my excuse and I’m sticking to it!;-)

Such minor issues were overcome with the saintly patience and guidance of Suki (the Director) and Laura (the script supervisor). In fact I must accredit the ease and smoothness of every day on set to the hard graft put in by all of the crew that I was working with. (Us actors have it easy!) 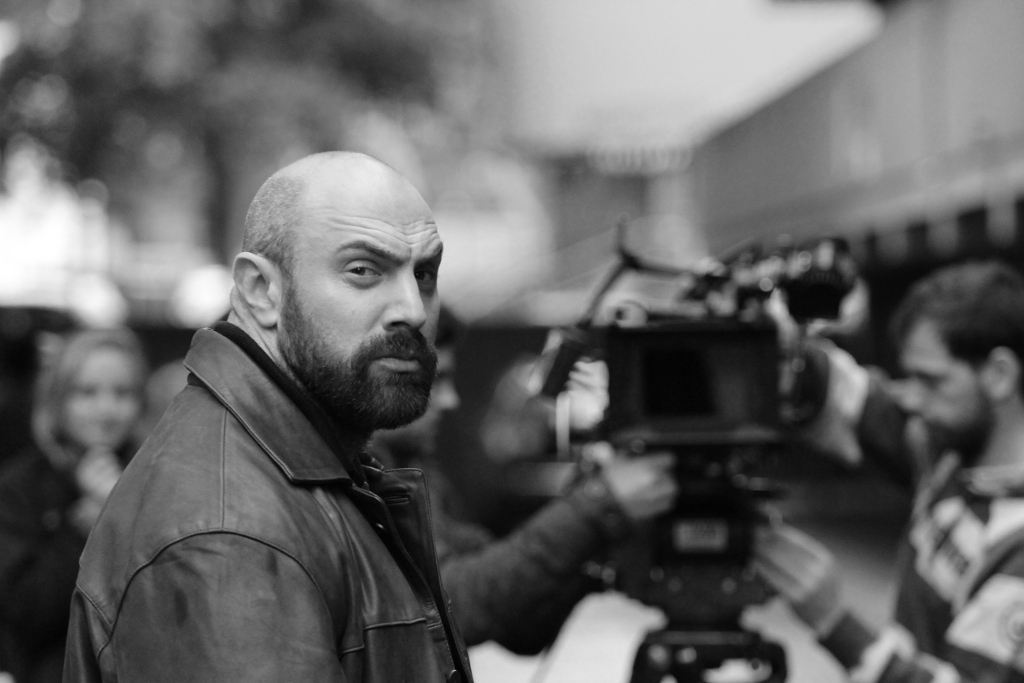 I’m struggling to recall many, if any, occasions when it was difficult to be Vlad. Overall (and I hope this doesn’t spoil any movie magic!) the greatest difficulty I faced came about when I had a scene at the park. The scene was that while Sergey was on the phone, I would be sat on a bench, lost in my own thoughts, eating chips! (Told you us actors have it easy) … Then the idea was to screw the empty chip paper into a ball and throw it into a bin.

In terms of action stunts it could really be no simpler or easier – We’re not talking about throwing a paper ball over a big distance or requiring much in the way of hand-eye coordination (it was a big bin), yet despite take after take, I eventually managed to get it in … Once! I can’t blame a cross wind, I can’t say I was rushed, I can’t even blame my dad for not encouraging me to play more ball games as a child … I just can’t throw a paper ball in a bin! But there’s another great thing about working with such a talented team – they’ll make me LOOK like I can! 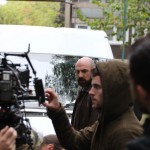 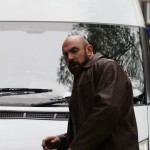 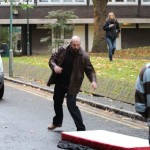 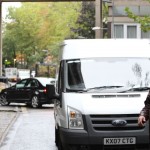 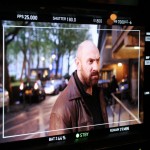 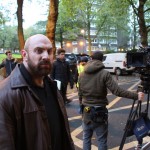 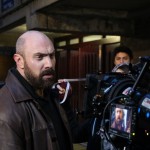 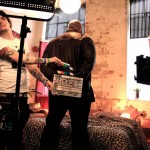 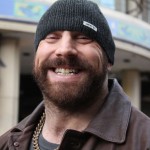 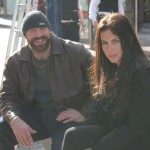 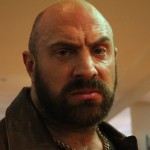 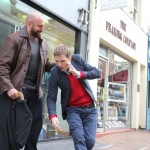 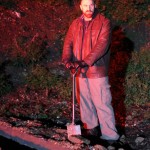 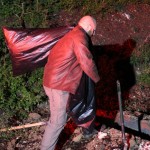 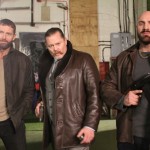 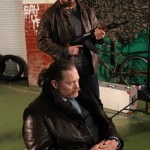 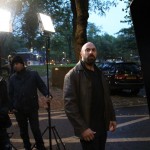 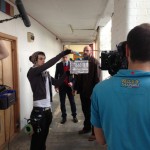 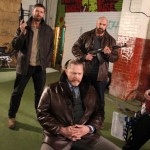 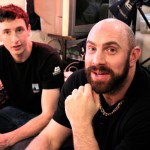