We spent the day at Doctor Brooks’s veterinary clinic where Olive is treated after she has been shot in a gun fight which takes place later in the film. Doctor Brooks could not care less for animals – he makes fat profits patching up wounded criminals. 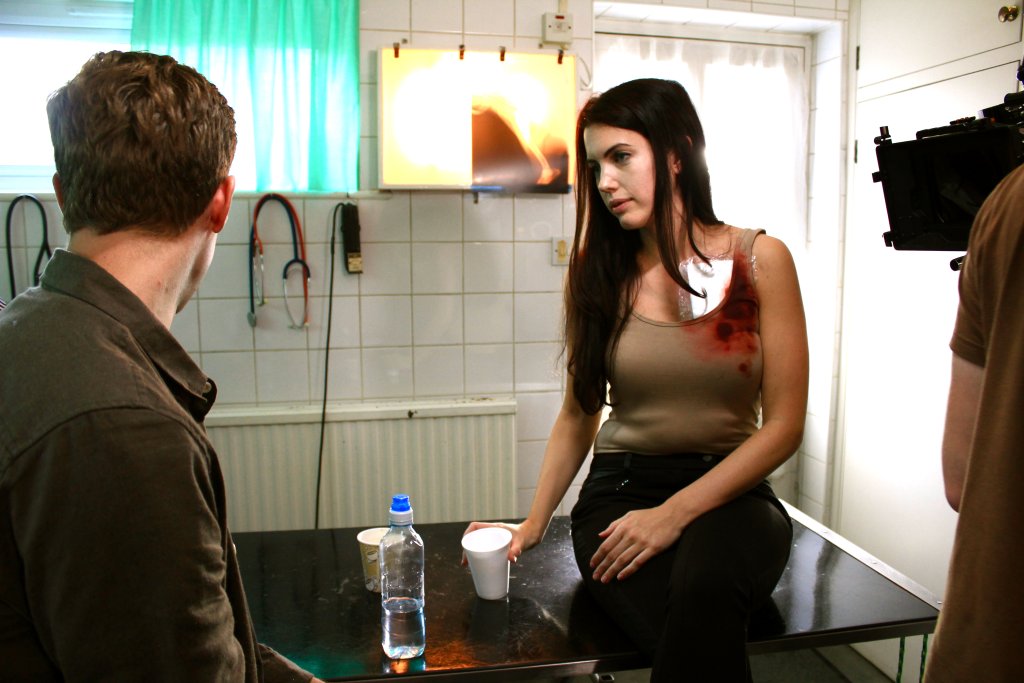 Olive in a veterinary surgery

Fortunately, the difficult surgery goes well. Olive wakes up a few hours later – weak but ready for action. Having sorted out some personal issues with David (which is sealed with a kiss), they begin to work on a plan to defeat Murray.

After these two grim scenes, we quickly removed the ghastly paleness from Charlotte’s face and fake blood from her body and then sent her shopping for an evening dress for the party at Campbell Manor (which, as you know, we have already shot). 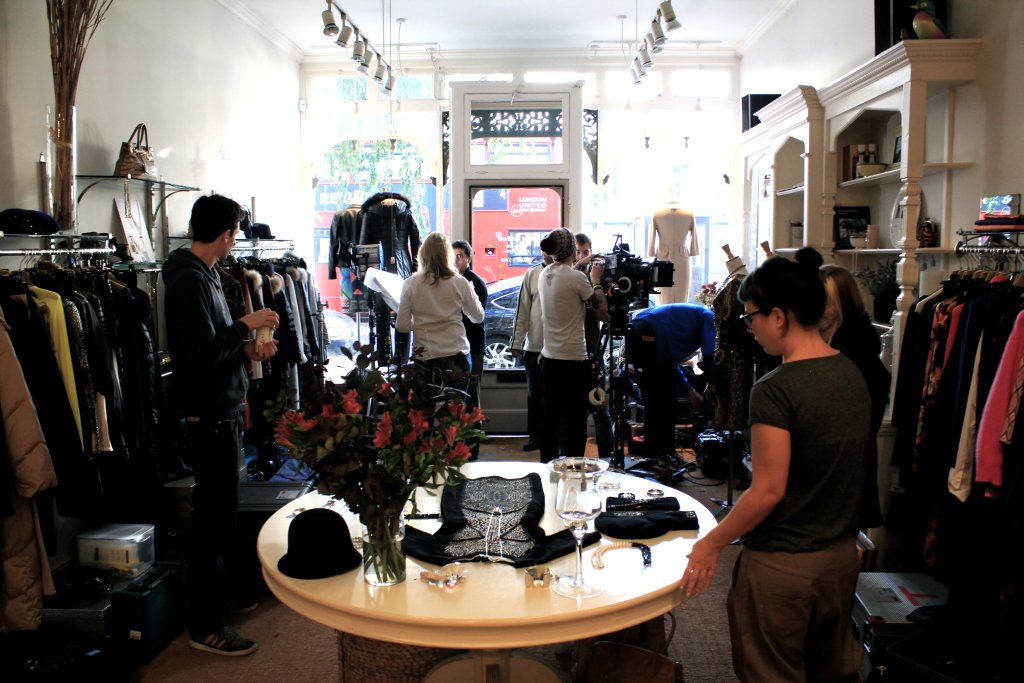 Olive at a clothes shop