We spent the day at Alfie the Fixer’s garage.

Late at night, David breaks into Alfie’s shop, hoping to find some information about Olive. Alfie, who expected this would happen, welcomes him with a baseball bat in his hand. Poor David.

The next scene takes place a few hours later. David wakes up in the garage, tied to a chair and gagged. Olive is there, as well as Alfie. They are trying to decide whether David should be kept alive or not. Soon after, they are surprised by the arrival of Mr Cloutier, Olive’s former mentor who currently wishes her dead, and Marco, his bodyguard.

What follows is an extremely noisy and emotional scene in which everyone is holding fingers on the triggers ready to shoot. Some fierce negotiations are held the outcome of which is highly disadvantageous for Olive and David. 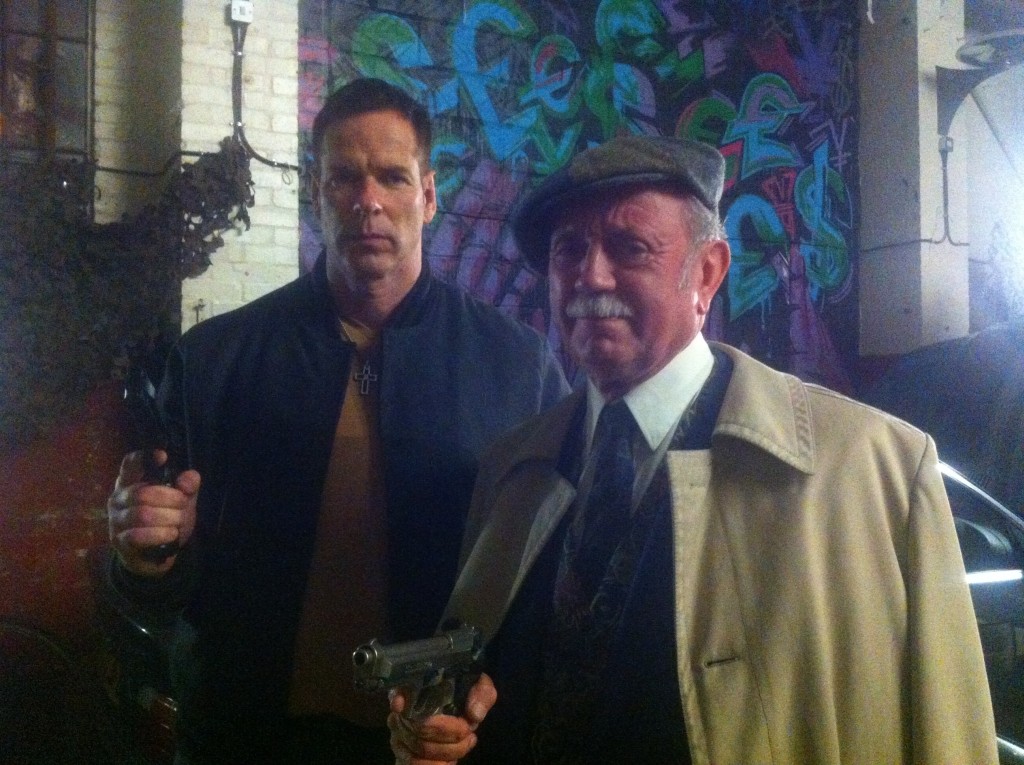 Mr Cloutier with his bodyguard Marco

With so many actors involved it was a long and difficult day. Tomorrow we are moving to Dr Brooks’s clinic – an underground healthcare institution for criminals.