Right after the premiere of Olive Green, the interactive film featuring games and an English course, we began to work intensively on the grammatical material for all levels of the course – from beginner A1 to advanced C1 levels. Our aim was to prepare commentaries and exercises related to particular scenes in the film, so that the learner could not only understand the phrases featuring in the film dialogues, but also be able to build correct sentences in English. What made our task easier was the fact that the dialogues in the film had been devised in such a way that the level of complexity of the language being used increases steadily throughout the course of the plot and is compatible with the grammatical issues which the learner is presumed to be familiar with at the respective levels of language advancement. 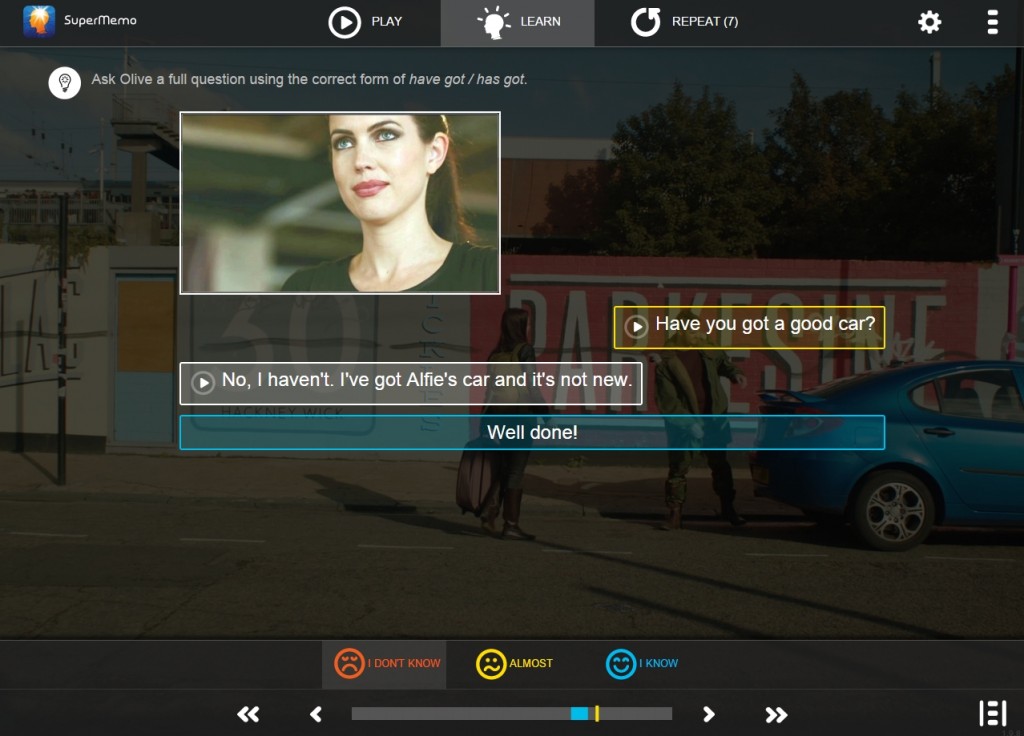 Today we are proud to make available to our users a complete set of 300 explanations and 1500 exercises related to nearly 150 grammatical issues. These explanations and exercises are strongly related to the plot of the film and the adventures of the New York thief, and they present grammatical issues using the film characters and sub-plots as examples and expand on the story presented in the film Olive Green.

The explanations present theoretical issues in an easy and accessible manner – through charts, tables, diagrams, and above all a big handful of examples. We stake on clarity and short form against long commentaries stuffed with specialist terminology. We encourage the user to analyse and compare examples and to explore and discover the rules of the English language. What’s more, we have divided the grammar issues into smaller, easy to master parts with precisely tailored exercises, which will guide the learner step by step through many nooks and crannies of the English grammar. 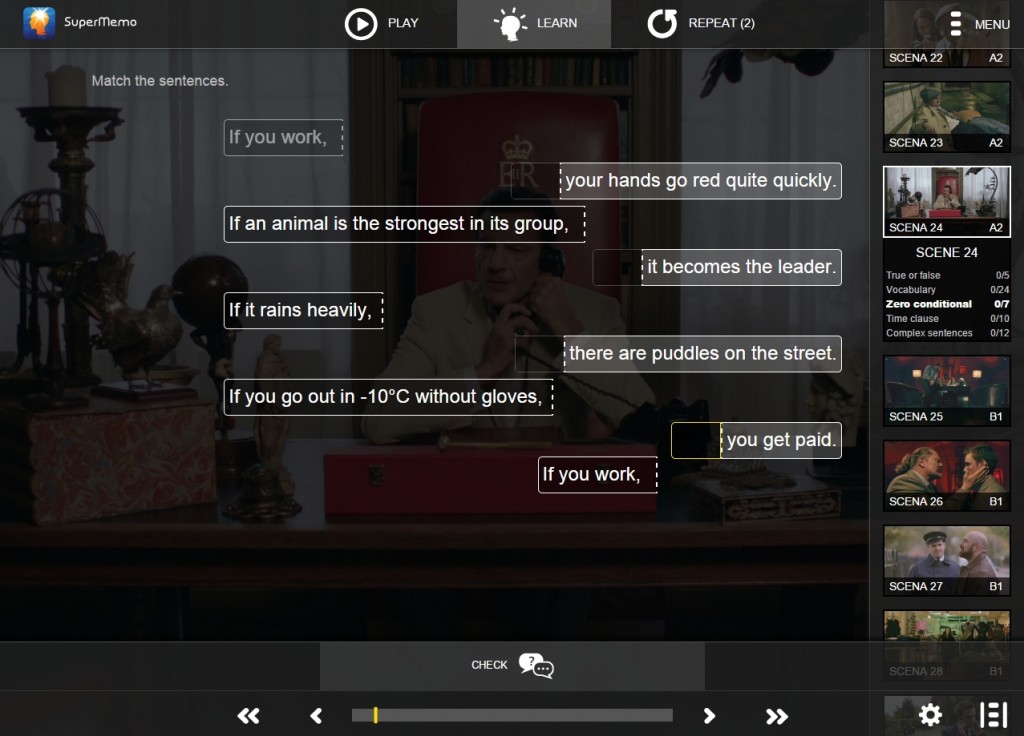 Grammar can be practiced through a range of interactive exercises involving e.g. filling gaps with suitable forms of verbs, choosing context-adequate tenses and moods, choosing correct ends of sentences, filling gaps based on photographs, finding analogies between grammatical structures, and rewriting sentences after a model. For that purpose, we have developed new and visually attractive types of exercises, such as gap-filling, multiple choice questions, dragging words to fill gaps, choosing the correct option from a drop-down menu, arranging words in the correct order, striking unnecessary words out of sentences, and matching pairs of words.

Additionally, you will find an entirely new type of exercise in the grammar part of the course. We call it “interactive dialogue”. The learner’s task is to take part in a mini-dialogue (as a film character or a film character’s interlocutor) and to react to a question or to ask a question based on a given line of dialogue, while maintaining grammatical correctness. The sentence can be recorded by speaking into a microphone and using the speech recognition tool. If the sentence is grammatically and phonetically correct, it will be accepted and the virtual interlocutor will answer or the learner will be directed to the next exercise. If the learner makes a mistake, the interlocutor will helplessly say that, unfortunately, they can’t understand. Users who can’t or don’t want to use a microphone can type their sentence in instead.

All the exercises are accompanied by recordings featuring English native speakers. While completing exercises it is possible to access the theoretical part at any time, in order to recall a certain rule or to find justification for the answer provided as correct.

In the next few months we are going to be developing our Olive Green course further – more information will soon be available on this blog.

One thought on “Complete English grammar with commentaries and speech control”